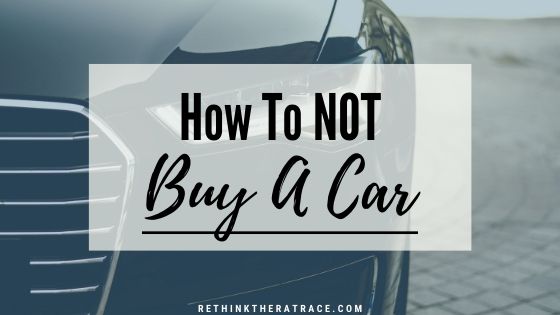 Cars are one of the biggest issues in the world today. It’s a paradox. You need the car to get to the job, however, you need the job to pay for the car. We genuinely believe that you’d be happier, healthier, and richer if you got rid of your car/SUV. On the other hand, we understand that ditching the car and biking, walking, or using public transportation is a hard sell for most people. So, we are going to help you make the most of your money and teach you how to not buy a car.

Full disclosure: I am a recovering car addict. You won’t have to worry about some person talking down to you for shitty decisions in this article because I’ve committed practically all the unspeakable’s. We’re talking multiple double-digit interest rate car loans. Gas-guzzling 4×4 SUVs. Owned 5 cars for one person. Expensive European luxury cars. Taking out loans on paid-off cars to buy other cars. The only saving grace is that I’ve never bought a brand new car. However, that’s only because I couldn’t afford it. If I could’ve gotten approved for a loan, I’d have checked that box off too.

Below we cover my biggest car mistake and go over the do’s and don’ts to teach you how to not buy a car.

My Claim to Shame

Here are a few specs on the car:

Few reasons why this was a stupid choice?

We bought this car right before finding out about the FIRE movement. At that time I was more interested in looking rich than actually being rich. Because it’s considered a kit car, a loan wasn’t an option. What’s a dumbass to do? I convinced Emily that we should take out a loan on a paid-off car to cover the difference in our cash and the purchase price. Luckily, we found the FIRE movement and sold it a couple of months later and didn’t lose any money on the deal.

I won’t lie to you, the car was fun. But, not nearly as much fun as being free from the constraints of working at 28 and traveling the world with my wife.

Dont’s of Buying a Car

The biggest tip in how to not buy a car is to not buy a brand new car, truck, SUV, van, or motorcycle. Let’s say you buy a brand new car for $36k. According to CNBC in May of 2019 the average new car is $36,718, but you’re savvy so you’ll be getting a deal. Not a good enough deal though because before you make it to the first red-light you’ve lost $4 grand.

Which brings us to our next point…

Don’t Take Out a Loan

Affording a $400 monthly car payment is not buying a car. The bank is kind enough to loan you the car and you’ll get the privilege of paying them back over the course of a few years. Flip your mindset. You should be earning interest not paying it.

Paying interest to the bank is giving them profits. You’re paying for their building, the wages of the people there, their abysmal interest rates on CD’s, even the shitty Keurig in the corner. When you invest this amount instead, the interest gained is paying your expenses. Paying for your home, your wages, even your coffee for years to come.

Additionally, with a car loan, you’re forced to keep full coverage on your car. With a paid-for car, you can drop that down to liability and dramatically cut your insurance costs. 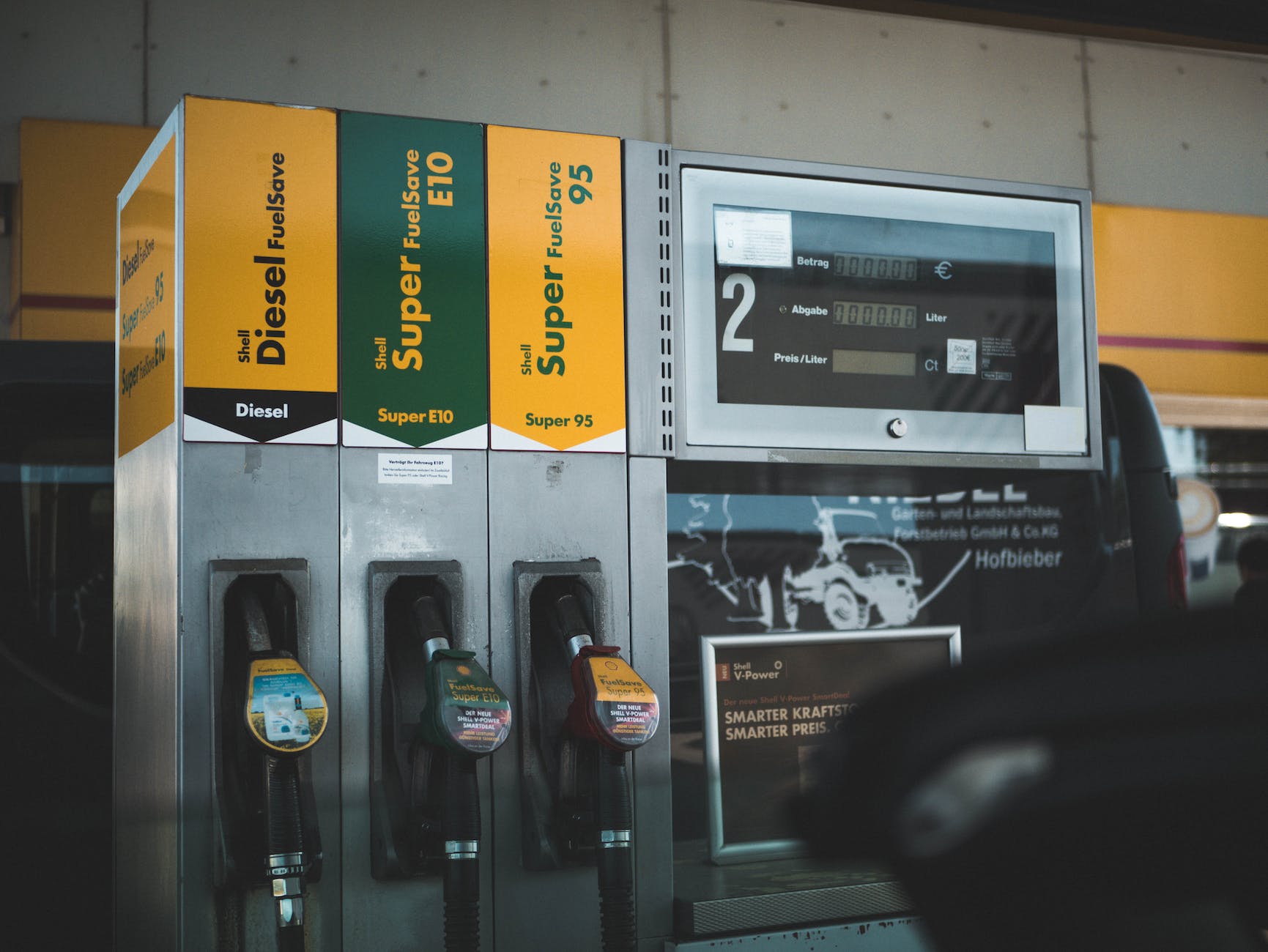 This is going to be the most controversial take on how to not buy a car. Hell, in 2019 SUV’s and pick-ups account for 70% of the new cars sold. However, we’ve established that you’re too financially aware to buy a new car, right?

Hear me out, though. How many people are typically in your car on a typical day? More often than not, I’m willing to bet it’s just you rocking out to Mariah Carey in there. However, even if you’re one of the few people that always have someone with them, don’t typical cars have 5 seats?

Truck drivers, is your bed loaded down every day, once a week, or even once a month? Be real with yourself. Don’t act like that one time you carried a couch for someone last year made buying the truck worthwhile. You know what, you’re probably right. That brush guard and those mud tires are perfect for those treacherous daily rides to your white-collar job and out to TGI-Fridays on the weekends.

You’re costing yourself more in purchase prices, more in consumable items, and much more in gas.

Don’t Think Anyone Cares About What you Drive

No offense, but don’t flatter yourself. No one gives a shit what you drive. Your co-workers see you come in the door at work and unless you stroll in with a bicycle, they don’t give it a second thought.

You may think that showing off your new car to your family will make them proud of how ‘successful’ you are. I’m sure they’d be much happier if they knew you were financially independent and never had to worry about money again.

You might get a bunch of likes on Instagram and Facebook for posting pictures of your new car purchase. Unless those likes and comments equal money in the bank you’d be better off sticking with your current car and not worrying about social media. What is the normal exchange rate from insta-likes to USD?

Do’s of Buying a Car

If you do the exact opposite of the examples in the Don’ts section, you’ll already be thousands of dollars ahead pretty much year over year. However, there’s a few topics we haven’t covered yet.

Do Buy a Small Economical Car

All the SUV and truck drivers just rolled their eyes. Guys, why do we base so much of our masculinity in cars? Also, this isn’t only limited to the caveman mindset of men. I had a female co-worker who said she ‘needed’ an SUV because she enjoyed looking down on all the other cars. You’re shitting me, right?

Our personal preference for a car? Hatchbacks. Just like that, every reader just let out a collective yawn. Regardless, the utility of them is excellent. Can I fit 5 people in my car? Yep. Can I lay the seats down and fit a futon in the back? You betcha. Can I still get 30+ mpg? Damn right.

The difference in fuel mileage from an SUV to a hatchback can save you over $1500 a year. Sign me up!

Do Think of Your Car as an Appliance

The sole purpose of your car is to get you from point A to point B. Your secondary goal is to make this trip as efficient as possible. This means the least money for the highest reliability, usefulness, and MPGs.

Don’t waste unnecessary amounts of money. You don’t see people going out and buying racing parts to put on their washing machines, do you? People don’t go out and take out a loan to buy an over-sized luxury European dishwasher. Then why do we do these things with cars?

Why do we place so much of our identity in what we drive? Once you quit caring about what you drive and only care about its ability to get you where you need to go, it’s an incredibly freeing phenomenon. We don’t care if our car gets dinged by a door in the parking lot. We don’t care if the paint gets scratched while putting bikes on the bike rack. That is what the car is here for, to move my shit around. If it gets scratched in the line of duty, then it will be a battle scar that I will proudly showcase.

Now, I’m not saying you need to go to a destruction derby to find your next car. I’m just pointing out that there are compromises that can be made in appearance for the sake of saving thousands of dollars. 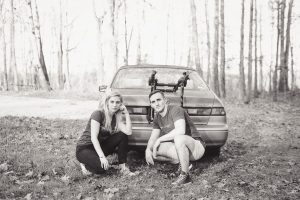 Don’t claim that you’re buying a new car because you’re worried about being stranded on the side of the road. Listen, people, AAA and other roadside assistance is much cheaper than a new car payment. Is your car legitimately unreliable, or are you using that as an excuse to blow some dough? How many times has it broken down on you? Once? Twice? Never? Until it happens more than once in three months, keep that bitch on the road.

Our old Camry had a flat once, and family members started calling it a death-trap. What a load of shit. A flat tire could happen to any car. Meanwhile, it’s still on the road three years later, and saved us thousands of dollars in the process.

At the End of the Day…

If our $2,000 used Nissan Versa gets me to work at the same rate as your $22,000 Ford Fusion then what did you spend that extra $20 thousand on? Pearl paint? Leather seats? Bluetooth streaming? No thanks. Invested in the market, our $20k will make us $1400 in one year, and even more than that if we invest it in our preferred method of rental properties.

Take a good look at your car and where you are placing your value and your hard-earned money. Are you sacrificing your future for heated seats, push-button starts, and Instagram likes? 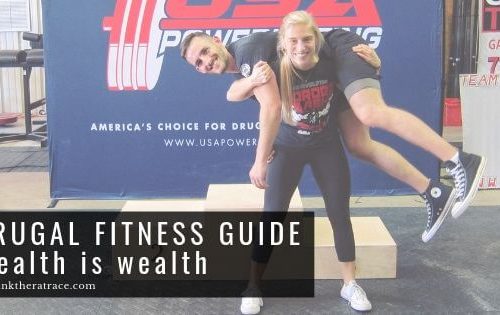 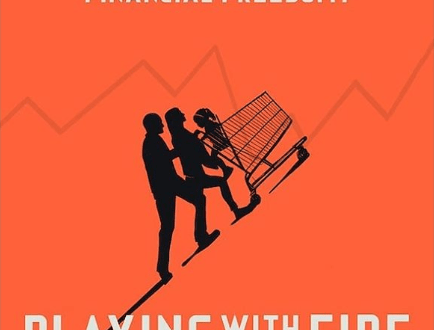 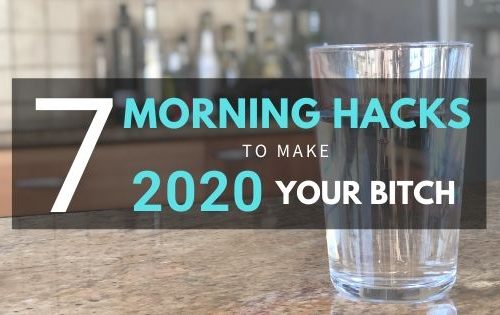